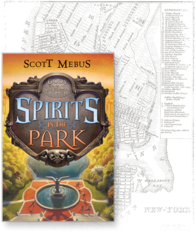 "The use of real historical figures and events lends authenticity to this compulsively readable and fast-paced fantasy.” - School Library Journal

A month has passed since Mannahatta—the spirit city that coexists alongside Manhattan—was revealed to Rory, when an earthquake rocks New York. The island itself is attempting to shake off the Trap around Central Park, and only Rory has the power to open it before even greater catastrophe strikes. But centuries-old wounds must be healed before Rory turns the key. With New York’s most notorious figures—including Captain Kidd and Bill the Butcher—at his side and on his trail, Rory discovers that the answer to peace lies with the one man he never wants to see again: his father. 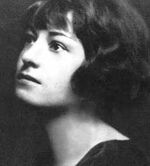 "Feel safe?" Mrs. Parker was incredulous."If anyone should be worried about their safety, it's the Munsees. The Last Time they took their eyes off us, they ended up stuck between the same trees for a hundred years."Dorthy Parker is the goddess of wit. She was the best friend of Walt Whitman the god of optimism. Whitman trust her so much that he ate Dorothy's food without even hesitating it was later found out it was Typhoid Mary's dish.Read more...

Retrieved from "https://godsofmanhattan.fandom.com/wiki/God_of_Manhattan_Wiki?oldid=4004"
Community content is available under CC-BY-SA unless otherwise noted.